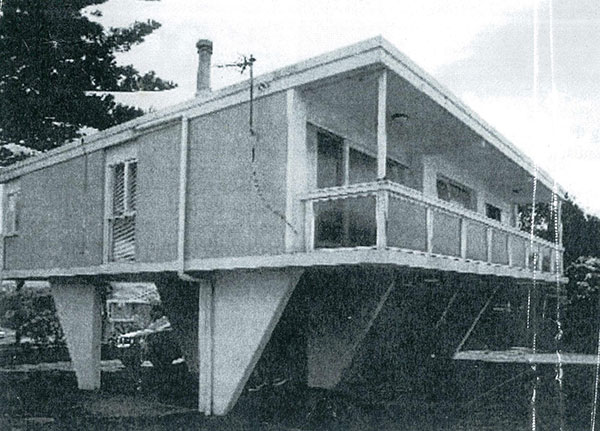 In 1963, married with children, we built the small, modern ‘Safari’ house on a redundant tennis court at 16 Hunter Road, Balmoral – (pic enclosed). (It was opposite the back entrance to the old green ‘Queenwood’ building which then, took boarders as well as day girls). Designed by Nino Sydney for lend lease, it was so functional – based on the Roman design of a square villa surrounding an atrium – in this case a central bathroom with a domed ceiling and a fan. A bit startling then, among Californian bungalows! Now the house has a vanished under a makeover. (LL only built ten – concreting too expensive.)

It was a great spot there for children to grow up, a few doors from Hunter Park, thence to the beach, the ‘Island’ and swim lessons at the baths. As they grew up my sons and friends had summer jobs with Bob Walton at the Boatshed and Mischa’s milk bar in the Bathers Pavilion. Younger ones would scour the beach for empty soft drink bottles and pocket the rebates at the shop on the corner of Mandalong Road.

Hi Margaret,
It is sad to see your house has gone – but there is good news too. Including your former house, I’ve managed to find 15 Safari homes, 12 of which I believe are still standing.
Kind Regards
Stephen

Hi Margaret, I use to knock about with both Simon and Stephen, I also attended Mosman High.
We all use to look for money along the wall on the beach after it rained, and go up the big drain under the bottle shop, great time were had.